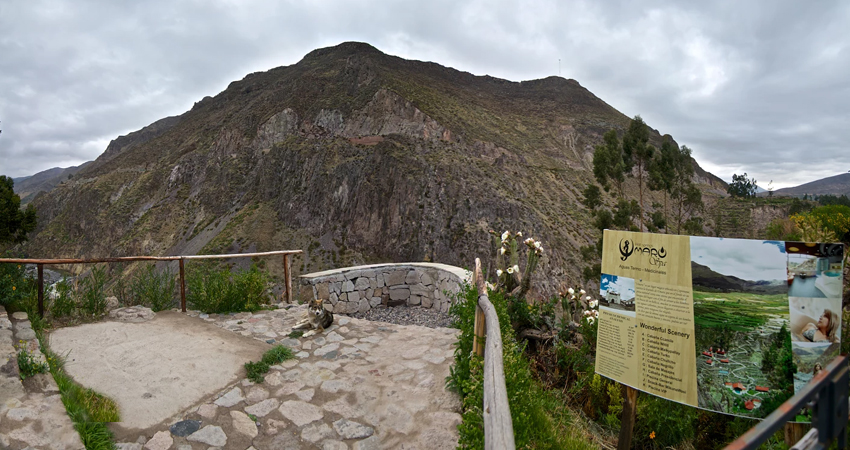 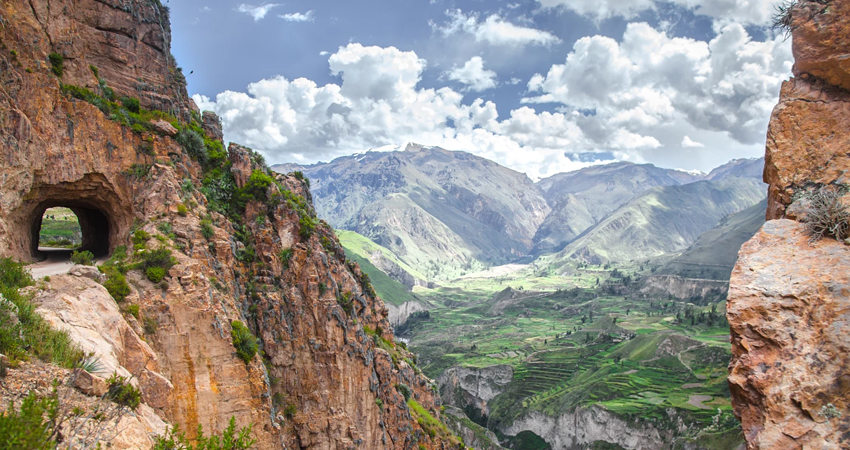 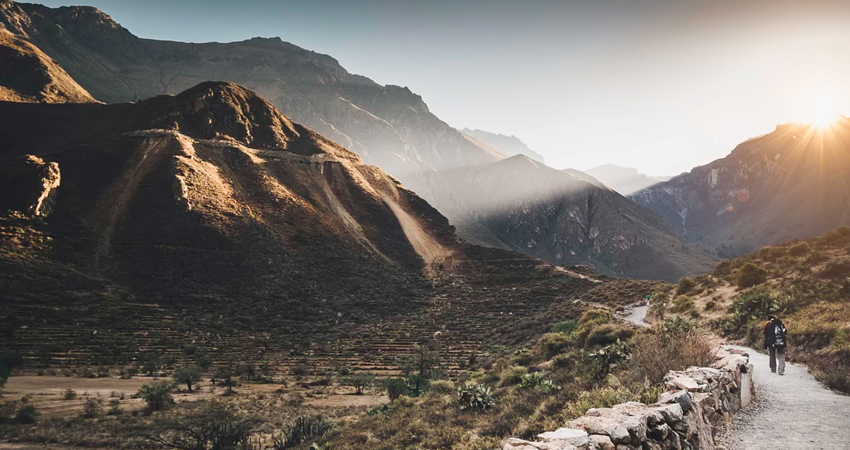 The Colca Valley is an impressive geological formation the transformation of which began millions of years ago, and went on with its slow, continuous and uninterrupted process, through time, considering that the powerful erosion generated by gushing waters, on their way, down the mountains´ slopes, carved the rocks, in their weakest parts that would offer less resistance. Then, little by little, the fertile valley became one of the world´s deepest and most spectacular canyons.

The valley starts in the vicinity of the picturesque locality of Chivay which is the area´s main urban center, and then, it runs on over 60 km (37 miles), towards the North-west, to the vantage point known as “The Codor´s Cross”, nearby Cabanaconde. From there on, the valley becomes significantly narrower, to turn itself into the famous Colca Canyon; one of the deepest in the world, as its average depth has been calculated to reach 3,400 m. (11,155 ft.) or over twice the depth of the Great Colorado Canyon, when measured from its highest points which are the summits of Mounts Yarhihua, at 5,212 m. (17,100 ft.), and Lucerna, at 4,245 m. (13,927 ft.) above sea level.

In spite of the presence of the tumultuous river that ran across their territory, the Colca´s ancient inhabitants saw it was impossible to use its waters to irrigate their crop fields, given that the river ran at the bottom of a deep canyon, sometimes, thousands of meters below their agricultural land. Then, they saw that the water, vital for their people´s survival, had its origin in the cordillera´s snow and ice fields, where sources and streams were born and ran to the bottom of the valley. So, they started to channel that water, in long canals and aqueducts, to their crops.

In addition, they learned to use the broadest possible range of ecological levels, to grow their crops on, in order to produce a great diversity of food products, and to store them, so as to always have them in surplus, which allowed them to impose themselves as the region´s absolute lords.