Trujillo is the capital city of the Department of La Libertad. Its pleasant spring-like climate is joyfully punctuated by colorful dances, like the famous “Marinera”. There, the whole city and surrounding region are replete with impressive archaeological sites, history and culture, as well as with Vice-regal and Republican mansions that compete with Colonial churches, of sober architecture, while its delicious food, friendly people and beautiful women will delight you.

It was a civilization composed of social castes of priests and warriors who founded several states that dominated the valleys of Pacasmayo, Chicama, Virú, Santa, Lambayeque, Huarmey and Moche, between the 3rd and 9th centuries of the Christian Era.

Its monumental religious temples and sites are fascinating and mysterious to us, due to the fact that many of them still remain to be studied. Among the most outstanding archaeological sites, well-worth to be visited, are the Huacas of the Sun and Moon which are two large mud-brick pyramidal shape constructions, and the architectural complex called “El Brujo” (The Sorcerer) that, without a doubt, is one of that culture´s most important ceremonial sites, in the Department of La Libertad.

The Chimu Lordship was founded in the 13th century a.D., by the legendary King called “Tacainamo”, and it reached its maximum splendor in the mid-15th century, under the Government of Michancaman who was defeated by the Incas, and taken prisoner to Cusco. 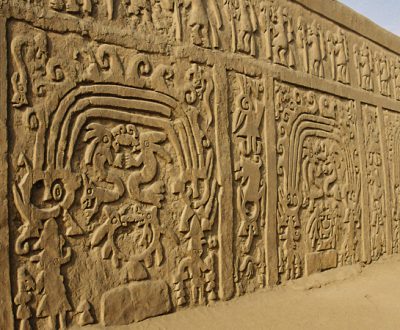 Starting at 9:00 a.m., and ending at 1:30 p.m. Guided visit of the Moon´s Huaca which is a pyramidal structure erected by the Moche... 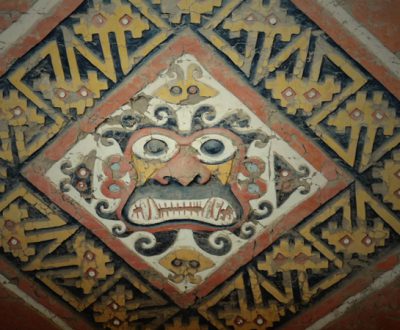 Chan Chan was that culture´s capital city which stands-out for its exceptional monumental features, as it is said that it could shelter up to... 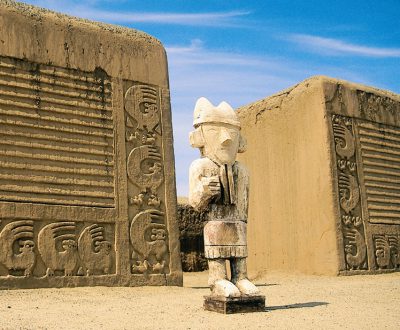