On April 18 of 1835, Chiclayo, located in the North of Peru, was elevated to the category of “Capital City of the Department of Lambayeque, which it has become the main access way of.

The legend tells that, in ancient times, a legendary personage, called Naylamp, got to the coast, and disembarked near the Faquislanguia River, in present-day Lambayeque, where he established his residence, and erected a temple called “Chot”, in which he placed a stone idol called “Liamayec”.

After many years of ruling, as their King, Naylamp passed away, and the Mochica priests made the people believe that he was immortal, as his eldest son, Cium, replaced him. Thus, this mythical origin gave rise to the Mochica Culture that flourished with important administrative and ceremonial centers, in the region, such as Túcume and Sipán. Then, the Mochicas´ decadence gave way to another culture called “Lambayeque” which developed between the 8th and 16th centuries.

Later on, that territory was occupied by the Chimus and, finally, by the Incas. Indeed, the architectural remains, left to us by those civilizations and cultures, are an open treasure to the eyes of universal culture, in places like Batán Grande, Túcume, Apurlepec, Sicán, Sipán and many more, that are samples of the grandeur reached by these nations of exceptional artists, architects and farmers.

The Lord of Sipán

Half-way through 1987, an enthusiastic and hardworking team of Peruvian archaeologists, directed by Dr. Walter Alva, announced one of the 20th century´s most extraordinary archaeological findings; that of the tomb of a Mochica dignitary they called “The Lord of Sipán”, in the Lambayeque Valley. Furthermore, it was the first intact tomb discovered, of an important personage of ancient Peru. Then, in just a few days, that piece of news went around the world.

The most representative objects, found in this Mochica Lord´s tomb, were a pair of ear pendants, three pointy spears, a circular massive gold ingot, a helmet, of the same metal, as well as gold nose rings and eye medallions. They also found the semicircular headdress that covered his head, and a scepter, with a flashy gold piece, in the shape of an inverted pyramid. In addition, all around the tomb, there were over one thousand pieces of ceramic, of Mochica origin, as most of this ruler´s ornaments, garments, clothes and emblems correspond to the engraved designs that appear on that culture´s ceramics.

Outside the sarcophagus, other human bone remains were found that pertained to two women, located, one at the Lord of Sipán´s head and, the other, at his feet, while the skeletons of two men flanked each one of his sides, along with that of a dog; all sacrificed during the Sovereign´s funerary rite, to accompany him in the Great Beyond.

Later on, gold masks, with human faces, and warriors´ spears were discovered, together with a funerary bundle that contained the corpse of another Mochica Chief who was baptized as “The Old Lord of Sipán”. 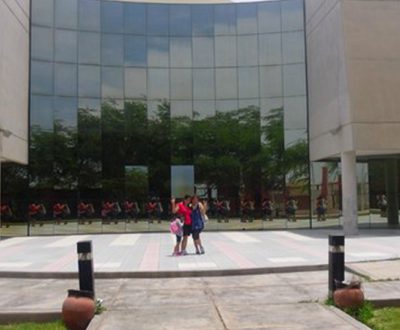 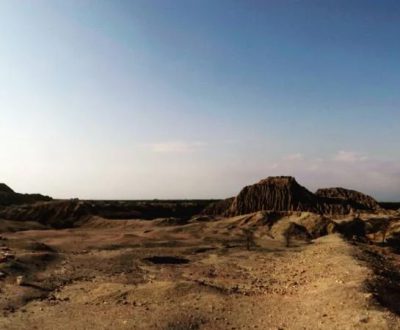 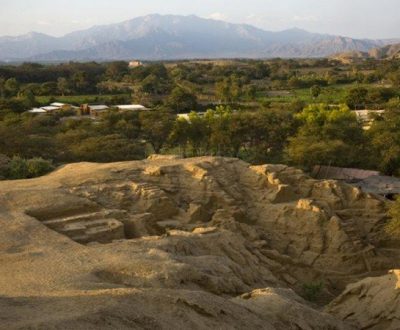 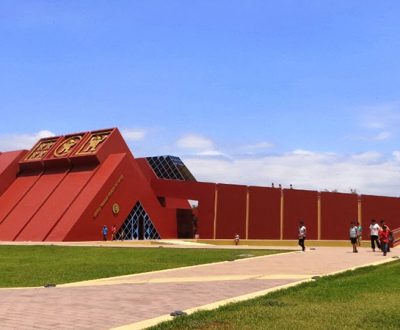